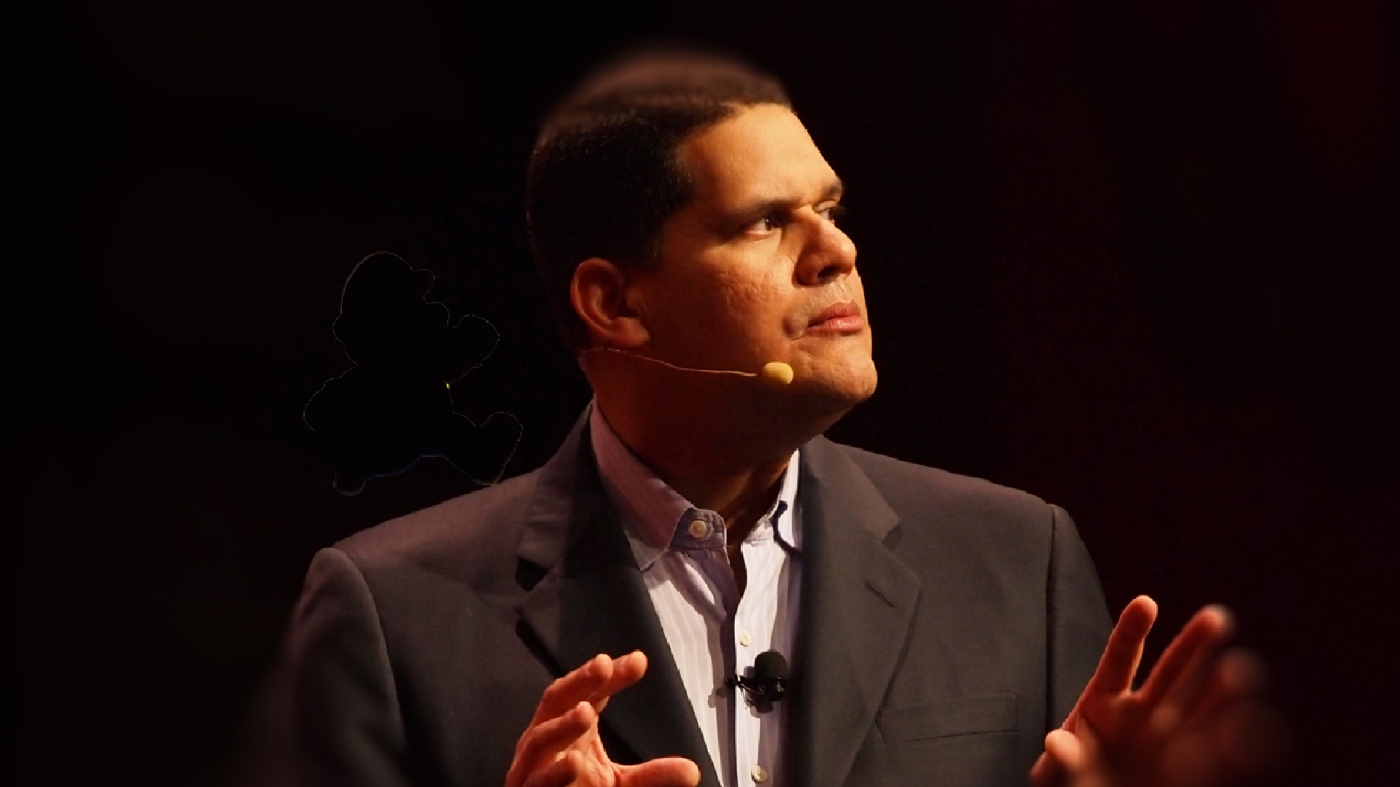 Anyone enclosed within the vibrant community that is Nintendo fans are certainly aware of Reggie Fils-Aimé. Joining Nintendo in 2003 during the era of the GameCube as the Executive Vice President of Sales and Marketing, he was soon promoted to the president and chief operating officer of Nintendo of America in the late spring of 2006, just months before overseeing the triumphant release of the Wii to the world.

During his tenure, lasting through some of the brightest and dimmest moments of Nintendo, Reggie left an everlasting impression on the entire gaming industry with his introduction at the Electronic Entertainment Expo in 2004: “My name is Reggie. I’m about kicking ass, I’m about taking names, and we’re about making games.”

Establishing a new era of Nintendo, Reggie soon became the popular figure within the western sphere of the Nintendo fandom, maintaining a strong presence through various outlets that spurred a wave of memorable appearances that are cherished to this very day.

And alas we come to April 15th, 2019. The day that Reggie Fils-Aimé will serve his last day as the president of Nintendo.

Nintendo fans, Reggie has a message for all of you. Please take a look. pic.twitter.com/EAhaEl5oEJ

On a personal note, I initially found it difficult to grasp with the idea that someone who was a huge inspiration during my early foray into the gaming sphere would be finally taking his long-awaited leave. The reason that I stuck with Nintendo for years, from the Wii to Wii U, the DS to the 3DS, was not solely due to the diverse range of gaming experiences cultivated on unique gaming hardware; there was an inherent degree of trust I had with the company as a direct result of the people who highlighted its best qualities, including Reggie Fils-Aimé and the late Satoru Iwata, who together championed gaming as a medium for everyone.

However, it became easier to grasp that Reggie’s retirement does not signal the end of his influence within the gaming community, nor does it understate the tremendous accomplishments and strides that were made. Consequently, there are a wealth of positive aspects to acknowledge with Reggie’s retirement, including the fact that he’ll be able to spend more time with his family and friends.

He also set a precedent for business executives in the future to establish strong connections with their respective communities. While Reggie was seen as a figurehead of Nintendo of America, it cannot be understated that his responsibilities as the president and chief operating officer were numerous. Nevertheless, his ability to balance his interactions with the community with his responsibilities as a high-ranking official remains admirable in retrospect.

Not to mention, he has left behind an incredible legacy to be carried onward by Doug Bowser, the new president and chief operating officer of Nintendo of America. I have unwavering confidence that he will uphold and oversee a bright future for Nintendo in the coming years, and retain the magic that makes Nintendo’s entertainment so special in the hearts of millions.

I could reminisce on the positive impact that Reggie has had on the Nintendo community at large and the memories he managed to foster, but I believe that others have managed to express them so well that to retread upon them myself would not hold the same weight. That said, I do have my own sendoff for Reggie that I am ecstatic to share in the hope that it reaches him:

I remember the first time that I was introduced to you as the president of Nintendo of America: a Nintendo Direct on the 21st of October. The moment when you jokingly questioned the rationality of those who had no interest in the Nintendo 3DS at the time remains a powerful memory of mine, and it cemented you as a person that I would continue to follow for the years ahead.

Going through the turbulent years of middle school, keeping up with Nintendo in any capacity I could was atop the list of my priorities. And when I bought a Wii U and 3DS during the former’s release year, my interest in Nintendo was cemented.

From your memorable announcement video of Nintendo’s E3 2014 with the Fils-A-Mech, to your heartwarming tribute to Satoru Iwata at The Game Awards after his passing, I continued to develop greater levels of respect for your genuine investment not just within the gaming community, but with the people who you cared deeply about.

Entering high school, I often struggled with a lack of self-confidence and direction, walking aimlessly for the good portion of four years unable to figure out my calling. But nevertheless, I always found a special home in Nintendo, cultivating my greatest passion in the art of gaming, because people such as yourself and Iwata set the groundwork for that to happen.

And most importantly, it was because of you that I recently came to understand where my true passions are, where my aspirations lie. Struggling with a great deal of anxiety in my first semester of college that prompted me to take a leave of absence, there were moments where I questioned if it was worth living out my life to the fullest extent.

But then I recalled the memories I cherished, the happiness I felt from those that inspired and influenced me amongst all else, and I can proudly say that you are amongst the short list of those who managed to accomplish that. While I may not have known you in person, it always felt as though you were somewhere in my heart, nudging me towards the right direction.

And while I might never get the opportunity to meet you in real life, nor the chance to express my gratitude for your strangely mystical companionship in my life, I feel comfortable enough to make a promise to you regardless: I will continue to strive towards a path that brings great happiness to those around and beyond me, and I will follow along your footsteps with the dream that I might one day become a part of Nintendo at the highest level.

So as you prepare to embark on a new journey surrounded by those most important to you, with small and grand adventures awaiting you…Thank you.

Thank you for your dedication and passion for the Nintendo community.

Thank you for your immeasurable work ethic and genuine charisma throughout the years.

Your positive impact has left great impressions on others in ways that are incomprehensible, and your efforts will always be remembered as worthwhile.

With best regards in the future,